Unfortunately, T3 is one of those compounds among the bodybuilding and athletic community that has gathered a large amount of mysticism, rumor, and lies that have been spread for years in regards to what it does, its use, and how it should be used. As a result, many within the anabolic steroid using community have become deathly afraid of T3, and shudder at the mere mention of its use. This profile will set these misconceptions straight and clarify many of the common misconceptions in regards to Cytomel.

T3 was originally formulated as a medicine by way of an extract from the thyroid gland. Many hormonal medicines originated in the same way, as being derived from the endocrine glands from the cadavers of animals and humans. The very first application of this thyroid extract was administered in 1981 to an individual who suffered from myxedema, which is a skin disorder that is normally the result of hypothyroidism[1]. Thyroid hormones were some of the very first hormonal medicines used in the field of endocrinology and in the treatment of many disorders and diseases. The very first thyroid extracts not only contained T3, but also T4, and these extracts were utilized for over 60 years in medicine. In the 1950s, methods of creating thyroid hormones synthetically took over and the previously used thyroid extracts were done away with. Liothyronine Sodium (T3) and Levothyroxine Sodium (T4) are the two most popular currently used synthetic thyroid hormones, and are widely available both in the United States as well as internationally. Cytomel tends to be the most widely utilized and most recognized brand name of T3, especially in the United States. In The USA, Cytomel is manufactured by King Pharmaceuticals.

T3, much like many other ancillary bodybuilding drugs is widely available with very little or no laws in regards to its sale, distribution, purchase, or use in most countries throughout the world. It is manufactured by dozens of different pharmaceutical companies across the world with different brand and trade names, as well as a diverse selection of generic T3 products. Because of the vast availability and manufacture of this product, it is not uncommon to find a wide variation in different T3 dosages in the different products. For example, T3 can commonly be seen in concentrations ranging from 5mcg, 25mcg, and all the way up to 50mcg tablets.

T3 (Liothyronine Sodium) is a synthetic variant of the body’s thyroid hormone Triiodothyronine.

T3 in the body is responsible for regulating the uptake of various nutrients into cells and into the mitochondria of those cells in order to effectively become utilized for the production and consumption of energy[2] [3].  The mitochondria of every single cell in the body utilizes carbohydrates (primarily), fat, and even protein for the production of an energy source known as ATP (Adenosine Triphosphate). Through the intake of more T3, this production of ATP will increase, leading to an increased rate of energy consumption in the form of fats, carbohydrates, and protein. Hence, this is why the consumption of too much T3  without the use of anabolic steroids can result in muscle loss.

The bodybuilding and athletic world is attracted to the use of T3 as a physique and/or performance enhancing drug because of its capability to distinctly boost the body’s metabolism in the effort to metabolize body fat at a greater rate. T3 is traditionally utilize during cutting, dieting, and/or pre-contest phases of training due to the universal goal of these phases to break down body fat, though in recent years Cytomel has gained some popularity as a useful agent during bulking and mass gaining phases of training (normally in conjunction with anabolic steroids) in order to better efficiently process nutrients and/or to keep body fat levels down during periods of higher caloric intake. Cytomel (T3) is commonly used with anabolic steroids due to its significant impact on the body’s metabolism as a whole. It is very important to understand that T3 is indiscriminate in its metabolism boosting properties – it will increase the metabolism of fats, carbohydrates, and protein all equally. Therefore, beyond a particular dose of T3, there is an increased risk of muscle loss through increased turnover of protein. Through the use of anabolic steroids and a properly adjusted diet, this muscle loss as a result of T3 can be prevented as a result of the nitrogen-retaining and protein sparing properties of theanabolic steroids.

Cytomel (T3) is also commonly combined with other fat loss agents in order to increase its overall effect, as it does work synergistically with other fat loss agents. Some of these include Ephedrine, Clenbuterol, Albuterol, Human Growth Hormone (HGH) as well as other fat burning agents. The combination of T3 with anabolic steroids and other fat burning agents, as well as the possible interactions between them, will be further covered in greater detail in the Cytomel (T3) Doses and Cytomel (T3) Cycles sections of this profile. 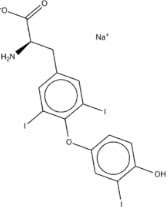