NOTICE : TO ALL OUR CUSTOMERS USING GMAIL...PLEASE CHECK YOUR GMAIL SPAM FOLDER FOR OUR MAIL. PLEASE MARK IT NOT SPAM.

*** SALE SALE SALE ***
- We have a range wide SALE on our NEW brand - DEUTSCHEPHARM.
- Please consider it in your purchase and enjoy 5% discount on the product.
- DeutschePharm is made with pharma-grade raw materials in a GMP approved manufacturing facility.
- We are deeply appreciative and thank you for your support.

In spite of being associated with SARMS, Stenabolic (SR9009) is in fact a Rev-ErbA ligand.  It means SR binds to this protein and makes it more active.  As a result, the user will experience a lot of positive effects, such as increased fat loss, enhanced endurance, and many other health benefits.  Interestingly, it is one of the newest advances in pharmacology, but it is already getting more and more popularity among athletes all over the world.  Therefore, in this article we will discuss what SR9009 is, how it works, and all the benefits it can offer to the user. 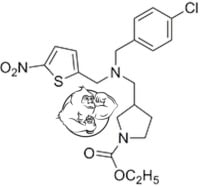 Also known as Stenabolic, SR9009 has been developed by Scripps Research Institute under the leadership of professor Thomas Burris.

As mentioned beforehand, SR9009 is a synthetic Rev-Erb ligand, which is taken orally.  This is a very unique compound.  By stimulating the Rev-Erb protein, SR9009 has the ability to greatly influence a lot of regulatory mechanisms in the human body.  For instance, it can affect the circadian rhythms, lipid and glucose metabolism, fat-storing cells, as well as macrophages.  Hence, Stenabolic will allow the user to lose fat and drastically increase endurance, both of which are very desirable effects for an athlete.

By binding and activating the Rev-Erb protein, Stenabolic triggers a very wide range of processes in the body.  The most prominent being the increase of mitochondria count in the muscles and an enhanced metabolism.

As a consequence of the increased number of mitochondria in the muscles, the user will notice a drastic improvement in endurance and muscle strength.  In fact, the mice used in studies could run 50% more when they were administered with SR9009, both in terms of distance and time.  This is possible due to the fact that these mitochondria are precisely the ones generating energy in the body.  Besides, thanks to the increase in number of macrophages, defective mitochondria are removed from the muscles and replaced with new ones.

Furthermore, the change in metabolic rates increases energy expenditure by 5% even when the user is resting; hence, SR burns excess calories and doesn’t allow them to convert into fat.  This, coupled with enhanced metabolism of glucose, helps effectively burn fat, which makes the body act is if it were in a constant state of exercise.  To confirm this, we can see that according to studies, the activation of the Rev-Erb protein by Stenabolic leads to:

“….decreased lipogenesis and cholesterol/bile acid synthesis in the liver, increased lipid and glucose oxidation in the skeletal muscle, and decreased triglyceride synthesis and storage in the WAT.”
Source: http://www.ncbi.nlm.nih.gov/pmc/articles/PMC3343186/

This means that less fat is stored, less cholesterol is developed by the liver, and more fat and glucose is burned in the muscles.

However, these are not the only positive health effects seen with stenabolic.  In fact, in the studies carried out with this compound it was found that it will decrease:

If that wasn’t enough, we need to mention that SR9009 will also decrease proinflammatory cytokine IL-6 by a whopping 72%, which will obviously be very beneficial for the reduction of inflammations.

Logically, with so many positive effects, SR9009 will have an extremely varied use in medicine.  For instance, the drastic decrease in triglycerides and plasma glucose will be a huge help in the treatment of type 2 diabetes.  What’s more, Stenabolic will be a crucial element in the treatment of sarcopenia – muscle and strength loss caused by aging.

Additionally, SR9009 will allow doctors to treat obesity in those who for medical reasons cannot train or carry out any exercises, as it can replace exercise.  Finally, it is very hard to overestimate its effectiveness in the treatment of cholesterol related conditions or metabolic syndromes.

There is no need to be a genius to realize all the possibilities SR9009 opens to an athlete – amazing endurance and strength, fat loss, muscle hypertrophy (growth), improved cholesterol and blood sugar levels, and an increased metabolism.  Hence, one can expect results similar to those seen with Cardarine (GW-501516), but with considerably more extra benefits.  Besides, since stenabolic works great both solo or stacked, it will be a very good addition to any steroid or SARMS cycle, and it will give especially impressive results when used together with Cardarine.

All in all, Stenabolic will allow you to do more cardio training, lift more, lose fat, gain lean muscle mass, and improve cholesterol levels.  Cholesterol and cardio management is very important when using SR in combination with such steroids as Anavar or Trenbolone.

The optimal dosages range from 20 to 30 milligrams (mgs) per day.  However, there is one drawback – due to a very short half life, you will need to space it out throughout the day for the best balance of the active substance in the body.  Thus, it is best to use stenabolic every 2-4 hours, depending on the exact dosage used.  For example, when the daily dosage is 30 mgs, you can take 10 mgs every 4 hours.

Up to now, no side effects have been observed with SR9009, so it may be seen as an extremely safe compound.  Since Stenabolic is not a hormonal drug, it does not aromatize into estrogen and there is no suppression of natural testosterone production.  Moreover, just like in the case of other SARMS, SR9009 is not liver toxic, but there is a need for liver supporting supplements when using it.  N2Guard at 3-5 capsules per day will be sufficient liver and kidney support.

Stenabolic can be considered a major breakthrough in modern pharmacology, as it combines an incredible number of health benefits.  Yet, it has no side effects to be concerned about.  This Rev-Erb ligand will be extremely useful in medicine, and it is already successfully used in performance enhancement.